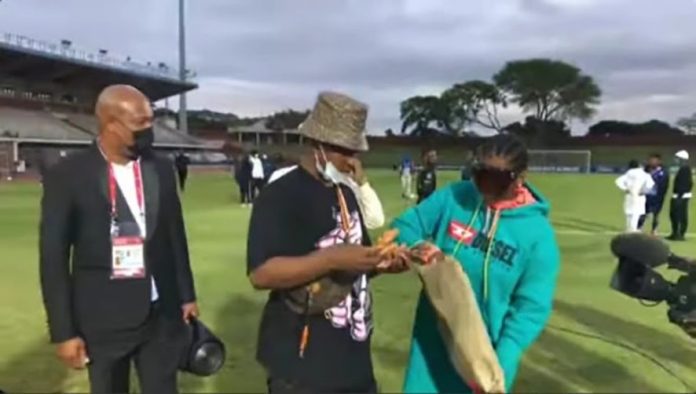 Johannesburg – Mzansi lovers of the beautiful game had so much to talk about this past week, it was not funny.

Football is often referred to as the “opium of the people”, a catchphrase derived from German philosopher Karl Marx, who once stated that religion was the “opiate of the masses”. Whoever adapted it to soccer was right.

Two scenarios grabbed the attention of football fans as they played themselves out. The views of the followers of the game differed vastly and at times divided them down the middle.

First, issues of national importance take precedence over all the others. Bafana Bafana’s Belgian coach Hugo Broos was scathing in his attack of PSL clubs that do not respect national team call-ups.

Mr Whitehead did not mince his words as he feels, on the eve of the all-important Qatar 2022 World Cup qualifiers against Ethiopia, he is being sabotaged not to succeed in his endeavours of building a winning Bafana.

Broos, 69, was livid after Mamelodi Sundowns on-form forward Thabiso Kutumela took part in his club coronavirus vaccination drive that shouldn’t have been conducted during the Fifa window of inter-national World Cup qualifiers.

To make matters worse, Broos was left flabbergasted, his plans in tatters after Orlando Pirates midfielder Goodman Mosele failed to join other players in the Bafana camp on Monday, before their departure to face the Ethiopians in the third qualifying match in Bahir Dar, in Ethiopia yesterday. The second match is at FNB Stadium on Tuesday.

I fully understand Broos’ frustrations. He had every right to be exasperated and it was proper to tell off the PSL clubs behaving amateurishly where to get off. Bafana, as a national asset, are bigger than Sundowns and Pirates. He also alluded to the lack of cohesive and harmonious working relationship between Safa and the PSL.

The forthright mentor also referred to his embarrassment when he was denied entry to watch the Orlando Pirates vs Mamelodi Sundowns Premiership clash two weeks ago. To exacerbate the already explosive situation, Broos requested a meeting with club coaches but he was snubbed.

I’ve often asked: who is the dog and who is the tail between Safa and the PSL? After Safa’s announcement of a possibility of allowing fans for the Soweto derby on November 6, the PSL denied that supporters would be allowed to return. So who’s fooling whom? Who’s got the final say? This looks like a case of the tail (PSL) wagging the dog (Safa). Just meet and speak with one voice, I beg.

The second matter relates to the disturbingly tacky behaviour of Royal AM’s showboating chairlady, the swashbuckling Shauwn Mkhize and her son Andile Mpisane, who exposed the players to criminal activity and the danger of being mugged after the duo dished out dollops of cash in the form of incentive bonuses on the pitch, live on air.

The players were visibly uncomfortable while sheepishly asking whether their bosses were serious about giving them bonuses in public after Royal AM clinched a dramatic last-ditch 2-1 win in the PSL KZN derby against Maritzburg United last Sunday.

MaMkhize, we know you enjoy pushing the boundaries but remember the taxman, as it has been the case in the past, could be after you and the innocent players. The other day some of your players at the Gucci Club, as Royal AM is now popularly known, were crying foul after not receiving their signing-on fees and some salaries went unpaid. What’s up?

Millionaires or rather billionaires like the Motsepes of this world do not behave the way you do. Take a leaf.

Is Zahara taking up the amapiano genre?

Look: Tito Mboweni goes after Skhumba for making fun of his...