Lifestyles of the rich and famous: Partying at KONKA and R1m fridges

Johannesburg – Although it may sound ludicrous to some, there are those who don’t mind splurging on the finer things in life.

What is seen as basic to most, is viewed as art to others who can afford it.

A fridge is no longer just a fridge, viewed as an essential to keep food fresh and cold – and appliances are not just for whipping up quick mixes.

The trendy and expensive brand, Smeg teamed up with Dolce and Gabana and released a variety of eye-catching household goods.

But the most stylish of the lot is their Sicilian art inspired fridges in the world.

There are only 100 pieces available globally, with just two only available in South Africa, the Ciccio and I paladini di Franci.

It is one of the most colourful in the range and was designed by Tommaso Provenzaco.

If you can’t afford these beauties, another option is their retro red fridge which you could pick up for around R25 000.

Or you can call on local artist Ennock Mlangeni from Sasolburg – who will charge you only R20 000 to paint an existing fridge.

He trended on social media in August this year after showing off a customer’s new fridge which he painted in bright colours in the image of a man.

“I had no idea that big brands were doing it. I was commissioned by a client who initially wanted something in her kitchen. I can paint on anything. She mentioned that she was buying a fridge and wanted artwork of a different kind and that’s how the idea came about. The person I painted is no one really. I just went with the client’s vision,” said the self-taught artist who has since received three more orders like this and says he can paint on anything.

“I use water and dust proof paints as well as a sealing product to ensure the painting lasts a lifetime,” said Mlangeni.

When it comes to fashion, Black Coffee is not afraid to dish out.

He and comedian Steve Harvey own a yellow Dior and Amoako Boafo turtle neck jersey which costs almost R45 000.

The artist from Ghana, who was a struggling nobody, became a headliner after being roped in by Dior last year.

The DJ also owns an exclusive pair of sneakers – the Air Jordan 1 High OG Dior sneaker, a limited edition released in July last year, which initially cost around R38 000 for one of 8500 pairs.

With many choosing to stream movies and music at home during Covid-19 times, home entertainment systems are popular.

But if you’re a connoisseur of opulence, focussed on hearing the sounds of the strings quartet or the riveting bomb explosion scene, a basic sound bar paired with a basic TV screen won’t suffice.

Synomous with luxury, authenticity and style, the Danish high end consumer Brand, Bang & Olufsen, which has been around since 1925, offers home theatre systems costing anything from R150 000 to millions of rands.

Logistics Director Shane Farey said it all depends on the customer’s tastes, likes, wants and needs.

“There are speakers which alone cost over R2 million. A Tv alone is in the price range of R150 000. Pieces are sold separately and vary according to design, colour choices, wood, etc,” she said.

Partying in Mzansi has also taken it up a notch with the launch of Konka, an upmarket hangout in Soweto. Derived from the street slang within the SeTswana culture, the word KONKA refers to a great vibe

Word has it that to blend in, you must be sporting new and expensive clothes and drive cars that costs more than the average Joe can afford.

The carwash looks like something off a Hollywood set as Ferrari’s, Lamborghini’s and other luxury cars most can only dream of, pull in for a splash.

And while there are affordable alcoholic beverages available, a Glenfiddich 26 costs R13 000 while a bottle of Armand De Brignac Rose can set you back R14 000 while smoking on an Oliver V Cigar for R750.

“After successfully operating Moja Café, the organization felt the need to expand. The brand ethos is primarily rooted in a premium lifestyle experience for consumers, regardless of geographical location, social and financial standing. We want to be the venue of choice to celebrate your achievement whether big or small as the experience offering is our number one priority,” said Marketing and Communications Consultant Linda Moeketsi.

For The Latest entertainment news from Sunday World, click here. 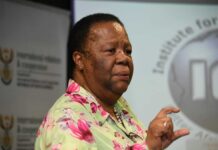 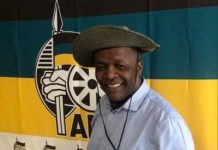 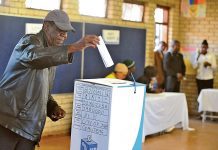 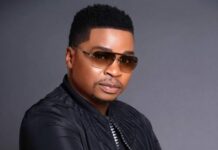 Dr Tumi is back in the game 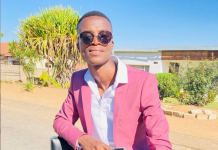 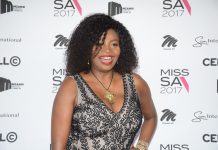 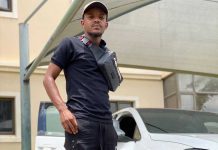 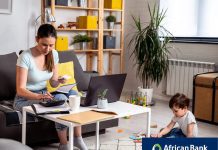 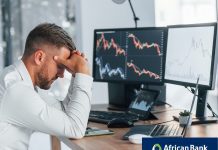