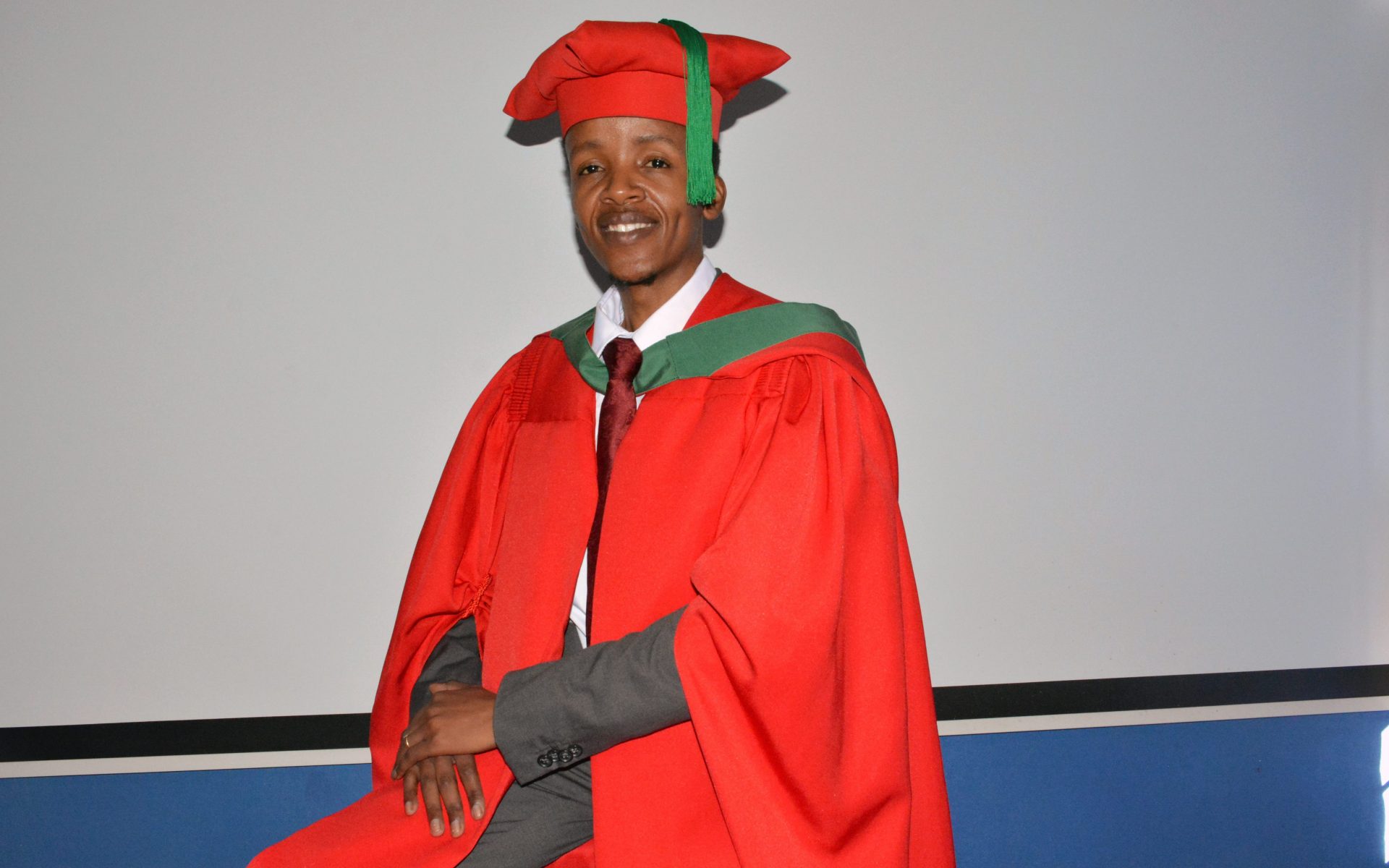 Project Name/Description:
Senior Systems Manager at the University of Limpopo

Being raised in difficult economic situation, by a single mother in the township of Mankweng in the Capricorn District of Limpopo, did not deter Dr Katlego Phoshoko’s aspirations of becoming a scientist. His passion for developing solutions propelled him towards a PhD in physics, which he believes has equipped him with skills and capacity to handle challenges at various levels of complexity. Apart from his several professional qualifications, Dr Phoshoko holds a BSc degree in physics, chemistry and computer science, Honours in physics, MSc in physics which was later converted to PhD studies and PhD in physics. All were obtained from UL. His current research focus is on energy storage technologies and his interests also include high performance computing as well as machine learning.