Johannesburg – KwaZulu-Natal business tycoon Vivian Reddy has found himself at the centre of the storm between trustees of the Chemical Industries National Provident Fund (CINPF) and its erstwhile administrator, Akani Retirement Fund Administrators.

Sunday World understands that a R250-million investment in Reddy ’s KwaDukuza Mall, sanctioned by CINPF board of trustees, caused much strife between the fund and Akani.

The transaction which is still clouded in a veil of secrecy, was unusually sealed in a matter of few months.

A source with intimate knowledge of the deal said the board of trustees became impatient with Akani after it asked why the fund invested workers’ money in the mall without any valuation done on the property, and paying more than the agreed amount.

The mall was opened in 2018. Reddy invested R500-million in the property, according to his utterances in the media at the time.

The mall, which is managed by Broll Property, is home to 69 stores and is anchored by national retailers such as Woolworths, Checkers and Pick n Pay.

Sunday World understands that Reddy and CINPF agreed that the fund will buy a 49% stake in the mall, with the stake valued at R178-million.

However, the CINPF’s board of trustees, led by unionist Lucas Mashego, instructed Akani to pay R250-million for the stake.

“You are hereby instructed to pay the R250-million for the transaction to the attorney’s trust account as per the attached proof of banking confirmation.

Together with the transaction fees,” the letter from Mashego and the board of trustees chairperson Ayanda Sithole reads in part.

The instruction was despite Mashego and Sithole being aware that the two parties had agreed on the purchase price of R178 million.

A high-raking Akani official said the deal reeks of corruption.

“We as Akani were never furnished with a reason why the instruction from the [board of trustees] was to pay … R72-million more than what was agreed between the CINPF and owners of the mall, the transaction has all the hallmarks of illegality,” the source said.

Reddy’s spokesperson, Brian Mpono, said the parties involved in the deal conducted due diligence, valuations and site visits via their professional advisers.

“We place on record firstly that we did not receive R250-million, the statement is false. Secondly, Mr Reddy was not personally involved in the transaction.

The transaction was led and concluded by our property team and advisors as is the norm,” he said.

The second subscription of R72-million is held by the fund attorney subject to condition precedents being met and is governed by a shareholder’s agreement.”

Mashego said the appointed asset managers independently assess investment opportunities that they can present to the fund, through the duly constituted board of trustees.

The only payment made is R178 million, and the balance of the funds (R72m) is still under the control of the CIPF, held in the attorney trust investment account awaiting condition precdent,” Mashego said.

Another anomaly in the deal is the legal status of the board of trustees when it took the decision to invest in the mall.

The board’s term of office lapsed in February.

However, the board of trustees, in a meeting held at OR Tambo International Hotel at the end of March, whose resolutions we have seen, appointed Mashego as the principal officer of the multibillion-rand fund.

The meeting also did not have a quorum. In a board of trustees meeting held in mid-April, Mashego and his colleagues appointed Vunani Capital for transaction advisory services via a round-robin resolution for the mall deal as proposed by Vunani.

However, the Financial Sector Conduct Authority (FSCA), which regulates financial institutions in the country, in June notified the CINPF that its board of trustees was illegal.

“The Authority hereby objects to the appointment of Lucas Mashego as principal officer
of the fund on the grounds that the appointment [was] by an improperly constituted board consequently any decision made by such a board is invalid and of no force or effect,” Tumelo Nkosi from the watchdog wrote.

In a surprise move, the FSCA’s Olano Makhubela, the divisional executive for retirement funds supervision, in July appointed the same board on an interim basis.

The newly appointed board of trustees at its first meeting ratified the decisions it had taken a few months back, including the mall deal.

Under the tenure of the current trustees, the fund has not produced audited financial statements for the past four years.

Akani, which took over the fund in August last year, was told three months ago that its services would be terminated last month.

Meanwhile, Mashego who is the first deputy president of Chemical Energy Paper Printing Wood and Allied Workers Union (Ceppwawu) was last month removed as a full shop steward of the union, a move that puts his role as the fund’s principal officer at risk.

Mashego confirmed he was removed from the role. “Internal processes are currently in progress, and I will not talk to it while the process is ongoing,” he said.

End of February 2021: The term of office of the CINPF board of trustees expires.

For more business news and views from this week’s paper, click here. 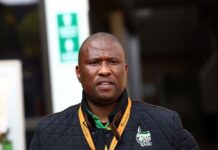 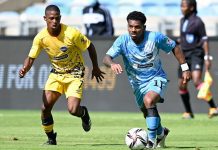 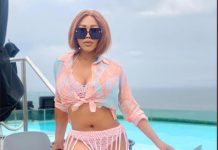 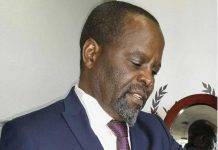 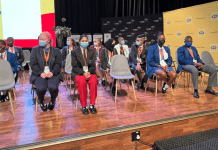 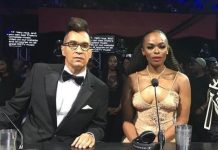